The memory of wheat

This story has its roots, it should be said, in the last century, when Amedeo’s grandparents, farmers, bought a farm in the Val d’Orcia, a place which has been chosen as a Unesco World Heritage Site for the splendour of its landscape and the perfect balance there between nature and human activity. Fifty years have passed. That primeval intuition – a mixture of imagination, genious and hard work, to quote the Italian film “Amici Miei”–  has become the Mulino Val d’Orcia, an atmospheric store for artisanal products, a classic agriturismo, a restaurant, and all around infinite vistas of fields and hills as far as the eye can see. “We’ve been organic since 1992 – Amedeo tells me – when it was much less fashionable, not to say daring and original. I was born in 1989 and with my sister Laura we decided to pursue the idea of ‘friendly agriculture’ and at the same time obtain the maximum quality from the product from the point of view of taste.” In the summers of the 1990s they went to help their parents in the fields with tractors, combines and other tools of the trade. “We grew up in this world – the farmer tells us – then I graduated in Agriculture and we started working with educational farms (with schools often coming to visit us).” Amedeo and Laura’s father made fresh pasta which he then resold in the markets: “We have refined this part of the business with the purchase of a pasta machine and a dryer and now work with high quality wheat that comes in large part from our farm of about one hundred hectares, and so we carry out the entire production cycle, from sowing to sale.” The ancient grains grown in these fields include seven genotypes researched in collaboration with the University of Florence, considered the best for organic farming: Senatore Cappelli, Verna, Gentil Rosso; being tall they cover the weeds and do not need pesticides and on a nutritional level they contain many mineral salts, vitamins and a very low gluten content which makes them particularly tasty and digestible.”

Amedeo, as a true expert on the subject, speaks by rattling off appropriate terms, and the impression, listening to him, is of finding oneself in front of a scrupulous connoisseur of grain varieties. Today pasta from the Val d’Orcia Mill is sought after by many restaurants who are enthusiasts thanks to the unmistakable taste conferred by stone ground wheat – with the dark colour that comes from minerals that are found on the outside of the grain. But what does this pasta go well with? “As sauces we we recommend the white Chianina sauce, Aglione, and in general sauces based on game.” The products can be purchased on site (see contacts at the end of the article), in the shops with traditional products in the Val d’Orcia, or by ordering them from the website (www.mulinovaldorcia.it). We recommend the direct experience, that is to go to the restaurant – which is called Locanda del Mulino – where among other delicacies are offered crostoni, appetizers, selections of cold cuts and cheeses, wine they make themselves (Lamone Orcia DOC) as well as oil. You can also buy ‘do it yourself’ gift packs, or, given the season, Christmas packages with shipments throughout Italy. In this corner of the Val d’Orcia, time seems to have stopped. Here fifteen kids from San Quirico d’Orcia, Montepulciano and Chianciano work. “Furthermore – Amedeo continues – something important is that organic farms can bring their wheat to grind here: we transform it into pasta or flour, we pack it and label it with the logo of their company; this is a rapidly growing segment of which we are proud, more and more firms are choosing us for milling.” “Our history – concludes the farmer – has its roots in the sharecropping tradition and the passion for the land handed down from father to son for generations; the mill is located in the building that once housed the shed for the agricultural tools of the sharecropping grandparents, just as our farmhouses are located in the farm buildings that once housed granaries, stables and houses, renovated according to the tradition of the Sienese countryside. Guests of our agriturismi (Castello Spedaletto, Lamone and Lamino) can ‘live’ our farm, visit the land, the mill and the pasta factory, in addition to tasting the products at the restaurant at lunch time, in this marvellous location in the heart of Tuscany”.

A few numbers: the farm was founded in 1992 in Pienza. It covers more than 100 hectares, 85 of which are arable land (where they grow cereals, such as durum wheat, soft wheat, spelled, oats and barley in rotation with legumes such as chickpeas, lentils, beans and Alexandrian clover). Five hectares are used for the cultivation of olive trees and vines. 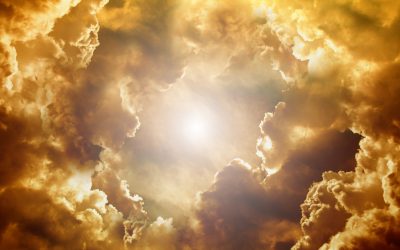 The Science of Goodness (and of the Sun)

Editor in Chief 8 April 2021
In his mythopoiesis of ‘Goodness’ and ‘Justice’, Plato…
Read more >> 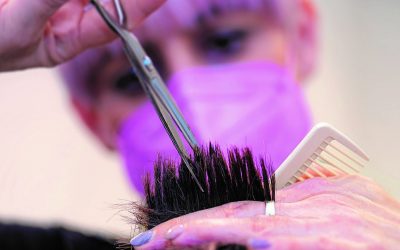 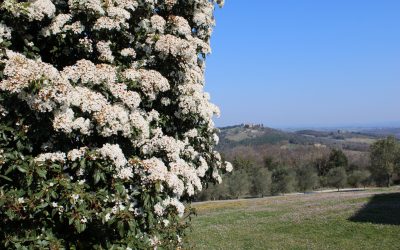 Boscaglia, the green heart of Tuscany