The Archivio Bianciardi Museum: a local museum that speaks about the past 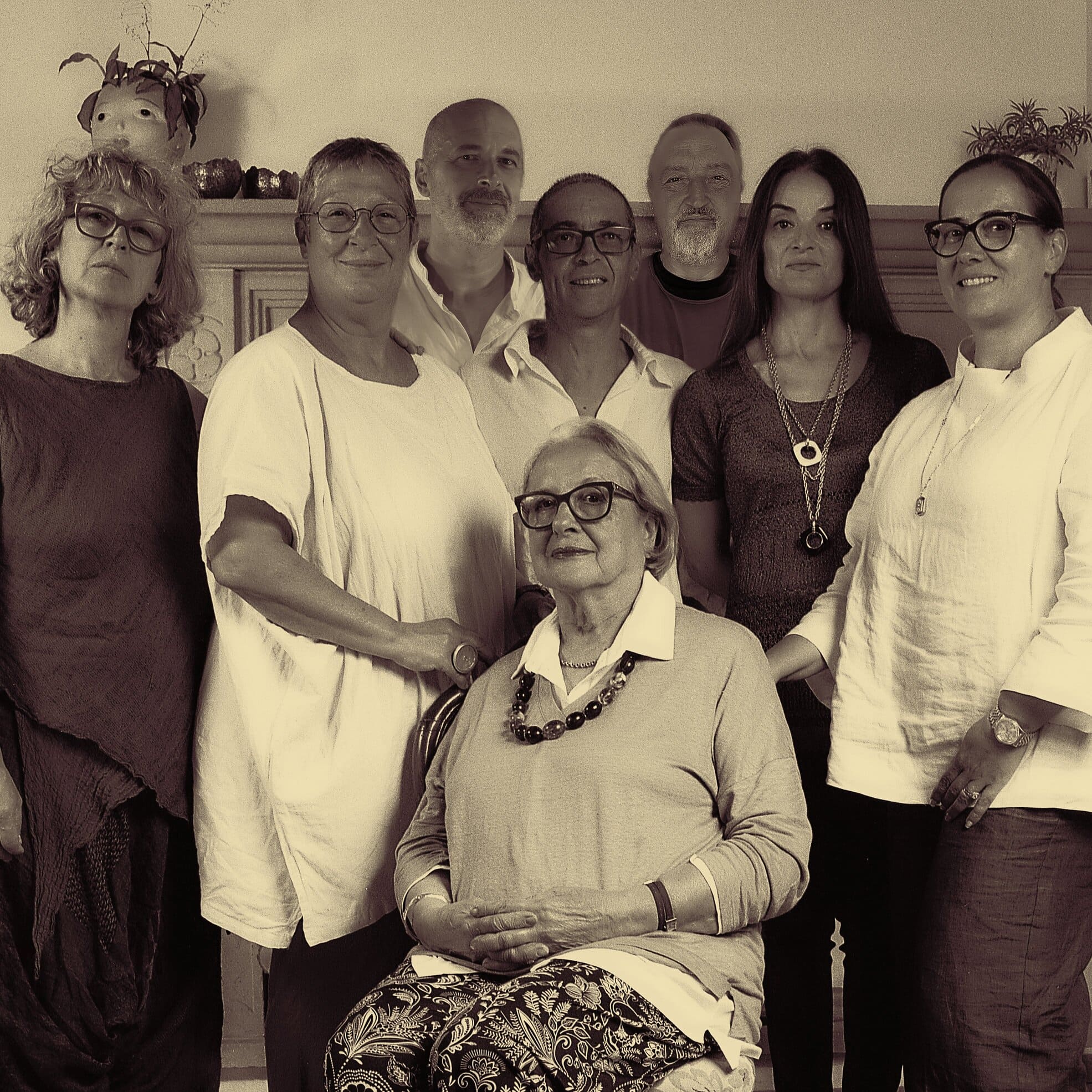 The Bianciardi family, in the palace of the same name in Castellina in Chianti  ̶  between Siena and Florence  ̶  has kept for centuries, in addition to an important library, an archive of parchment manuscripts, various documents and papers retailing the history of the area since 1300. 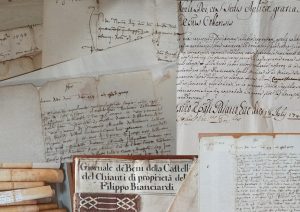 The heirs of the Bianciardi family have created the Friends of Palazzo Bianciardi Association with the aim of making this heritage accessible through the creation of the MAB, the Bianciardi Archive Museum, so that it can become a resource for the community and beyond.

Gaia Bastreghi Bianciardi, shortly after the death of her mother Vanna  ̶  a leading figure in the cultural and political life of Castellina in Chianti and an esteemed teacher  ̶  brought to light the archive kept within the walls of the palace and, after a careful evaluation of everything that she found decided to take this immense legacy in hand:

“I grew up with the awareness of the value of these papers and these precious volumes, but for the first time in my life I felt that if I didn’t convert them into something alive in the present, probably the historical memory of this heritage would be lost.”

Gaia juggles with great spontaneity an archive that collects papers, deeds and parchments that since 1300, with extraordinary precision, tell us about the territory and has many implications for what for centuries was the disputed land between Siena and Florence: the Chianti. 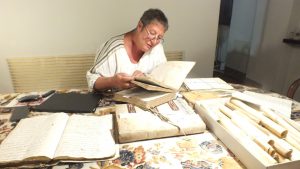 As the heirs of the family, the Bianciardi, tell us, they have ancient Florentine origins, but at a certain point  ̶  perhaps following a damnatio memoriae  ̶  their traces were completely erased from Florence, even if some members of the family were buried in the Duomo as rectors of Santa Maria del Fiore.

Towards 1300, like most of the Ghibellines fleeing from Florence, this noble family also moved, thus arriving in Castellina in Chianti: in 1434 they bought Palazzo Bianciardi from the Ricasoli: the original purchase contract is an example of the treasures still available in the archive.

With the same meticulous care, reports of commercial exchanges, purchases of books and works of art, the first exports of wine to foreign countries, sales of land and properties, weddings, disputes and privileges have been preserved: a cross-section of the life of the great Tuscan families during and beyond the Renaissance.

All this and much more makes up the archive kept for centuries in Palazzo Bianciardi, but that’s not all: there is an entire library of volumes ranging from 1500 to 1800 and which collects rare and precious writings: two editions of Mattioli  ̶  an eighteenth-century herbarium of great significance  ̶  a volume of ‘Medicine for the Commare’  ̶  a treatise for midwives  ̶  and one of the very first Calepini  ̶  one of the first dictionaries of the Latin language.

The library is also enriched by a collection of volumes, preserved almost intact, by Bartolus da Sassoferrato, which constitutes a text of extraordinary importance for the discipline of law. 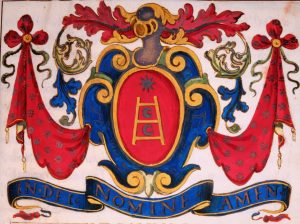 One of the most exciting things that can be found in this library, in addition to the volumes that are part of it, are the ancient and ‘human’ traces of those who originally lived with these books: it is extraordinary to find notes in the books, notes and also the simple scribbles of a passionate student that enrich each book: Gaia’s eyes and soul light up when she reads one of the many nursery rhymes found in the margins of the texts.

An immense work of census and cataloging, therefore, which was possible also thanks to the advice of Professor Massimiliano Bellavista  ̶  of the University of Siena  ̶  who aided Gaia and her family during the maintenance and restoration of the entire book heritage:

“It is a inheritance of great interest  ̶  he tells me  ̶  both for the rarity of some of the volumes but also, and above all, for the numerous handwritten notes and owners’ autographs that shed light on everyday life and on the curious episodes of the life of the country between the fifteenth and eighteenth centuries. Although some books are still under restoration and a series of more recent volumes (1800 early 1900s) remain to be surveyed, the cataloguing of the parchments (1300-1700) is almost completed  ̶   edited by a doctoral student working on a project aided by the University of Pisa  ̶  and a first evaluation of the important patrimony of sacred relics was made by Professor Paolo Torriti of the University of Siena.”

The material already cataloged will constitute the Bianciardi Archive Museum which will debut as an online museum  ̶  www.mab-it.org  ̶  waiting to become a museum in all respects once the necessary funding has been obtained.
In the meantime, the private collection can be visited by appointment.
The project will be presented to the press and institutions on 23 October 2021 at Palazzo Bianciardi. 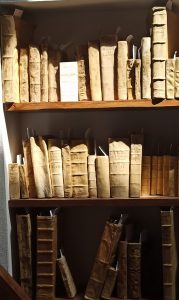 In this Start-Up phase, the University of Siena will support the project by giving three students the opportunity to access a higher education course, specifically dedicated to the management and enhancement and promotion of cultural heritage, focused on the organisation of this new museum structure.

The MAB will be the starting point for a series of projects in the area, all connected to the history contained in the documents available and in synergy with the Municipal Administration of Castellina in Chianti and private individuals who want to be part of it.

The intertwining of the history of the family with that of the history of our area is something that can hardly be expressed in words: the Bianciardi, and in particular Gaia, strongly feel the responsibility of this gift, so much so that they decide they want to exhibit it to protect it from the unavoidable desuetude which it would encounter if kept still hidden.

What is most striking in this magnificent narrative of the past is the awareness that historical memory must always be shared and made public, so that curiosity and knowledge can be the key to reading the present as well.

Pending institutional funding, the MAB lives thanks to the help of its supporters. You can make a contribution to its realization with a donation to: