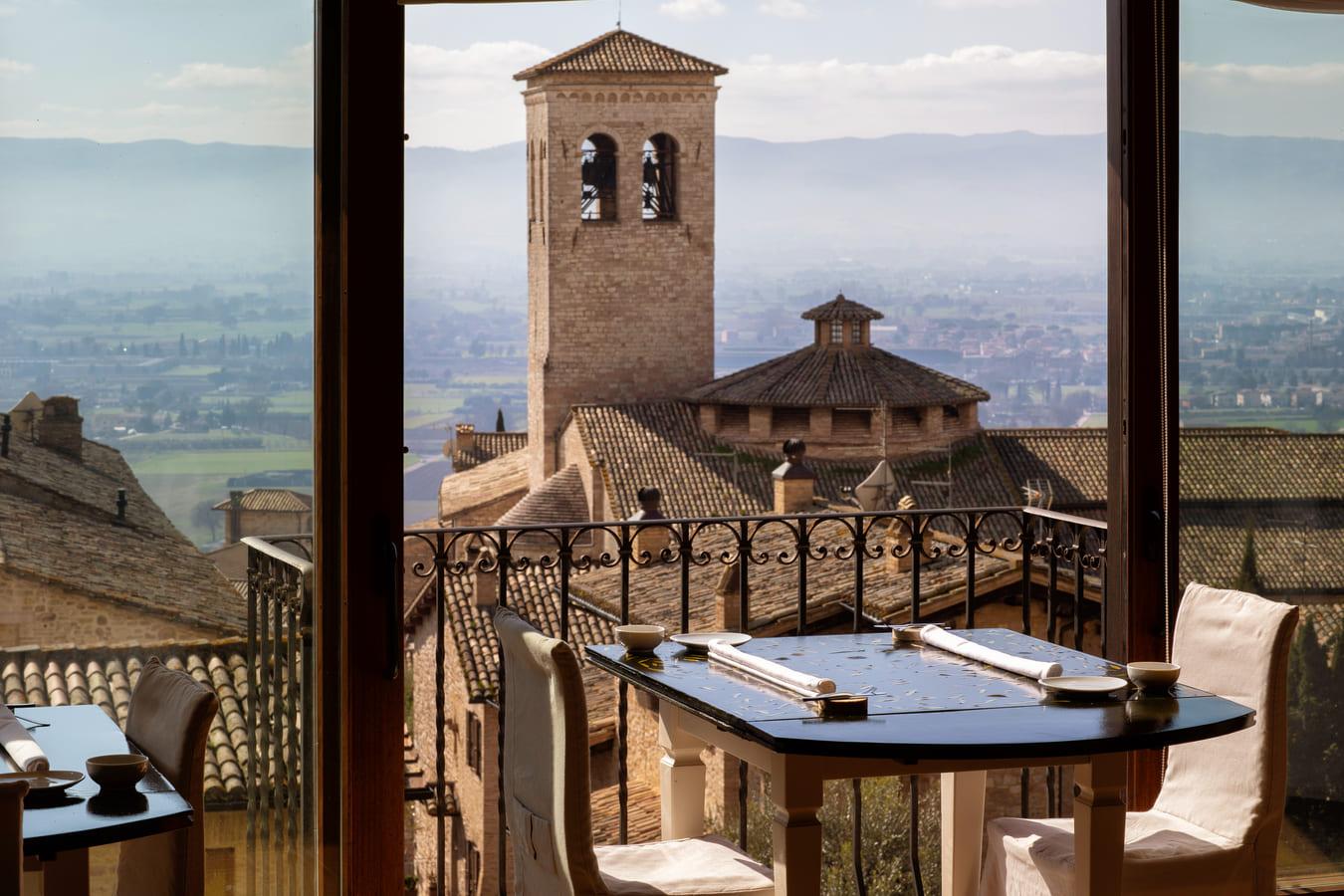 The synergic cuisine of Lorenzo Cantoni for an immersive experience between nature, man and the environment. 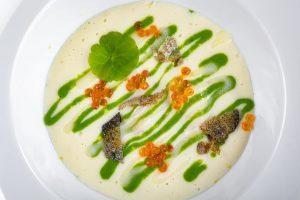 A total restyling of the restaurant, the design that is linked to the ‘food’, the emotion of the touch of the olive leaves under the fingers and the perfect integration of the new menu with the recreated environment, make this ‘food experience’ original and one in a kind. 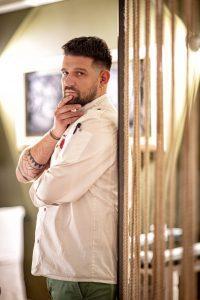 Telling about EVO (Extra virgin olive oil) through the five senses, creating an immersive experience that evokes the monumental Franciscan olive groves located at the foot of Assisi and rediscovering the identity and the most ancestral flavours of the Umbrian culinary tradition.

This is the new concept that inspired the “Il Frantoio Restaurant” in Assisi, awarded as Best Oil Restaurant 2022, where chef Lorenzo Cantoni – formerly Best Chef of A.I.R.O. 2021 and today one of the most representative ambassadors and promoters of the Italian oil culture – amuses the palate with its synergy of the elements. 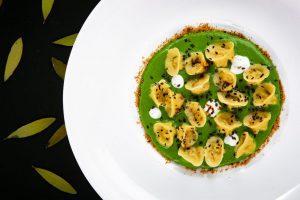 A cooking philosophy that has always been inspired and strongly characterized by the use of EVO oil as an ingredient, to be combined with the raw material of the territory based on the various cultivars and the various blends that the chef selects every year around Italy, wild herbs, products from the countryside, locally raised meats such as wild pig, lamb, roe deer or quail or typically territorial freshwater fish, among which eel stands out, proposed by chef Cantoni in a fun ‘street food’ version.

A true synergy of the elements where even the most structured and complex dishes, apparently rich and abundant in many flavours, are surprisingly harmonious and balanced, thanks to the work that the chef does with the raw material that is left as natural as possible and to the total absence of sautéed and butter, with the result of great taste and lightness in the dish. 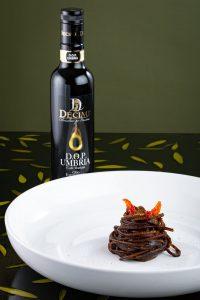 “In my idea of ​​cooking – says Lorenzo Cantoni – I have always given value to the concept of ‘without’ to give the raw material its natural flavour and leaving the extra virgin olive oil the task of enhancing it and making it balanced even with daring combinations. The land in which I live, despite its simple naturalness, is a continuous stimulus both on a creative and an emotional level and this is what has greatly influenced the new menu. The concept of synergistic cuisine is precisely what represents me most at this moment, since the final result of my dishes is given by the use of different elements, chosen precisely because they give strength and compensate each other, creating a fullness of taste in a completely natural way ” 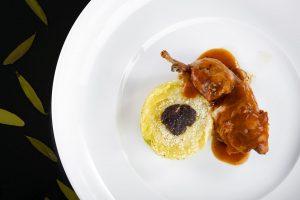 A new menu that brings back to nature and territory, to lightness and tradition, but with the unmistakable style of the chef Cantoni who has fun with the technique and entertains with the taste.

The new look of the “Il Frantoio Restaurant”, located inside a noble palace in the historic centre of Assisi where the historic Fontebella Palace Hotel is also located, was designed to give guests a unique experience that would satisfy all senses, through the design of the Umbrian architect Marta Toni, who managed to interpret and give shape to the chef’s cooking philosophy. 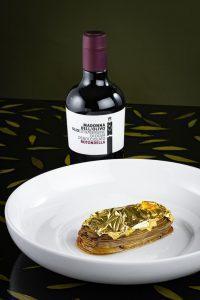 And so, as already in the new Cantoni plates, also in the interior design project of “Il Frantoio”, the word ‘synergy’ recurs, the one that Marta Toni has brought out with a strong personality through the use of colours, materials, furnishing elements. and table accessories that make the guest experience a continuum that satisfies and stimulates the five senses, giving the sensation of entering an olive grove, thanks to the study of the colours used for the walls, the play of light, the real leaves olive trees set in the tables and perceived by touch.

To emotionally involve the guest more and more, the wonderful artistic shots of the monumental olive trees by Francesco d’Assisi, made by the Umbrian photographer Pier Paolo Metelli. 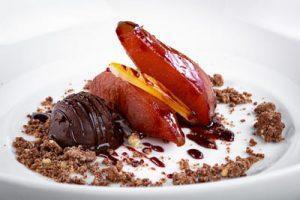 “A work of art within the work – as the designer Marta Toni said – which gives an important sign to the place itself. I believe that this game of synergies is fundamental today, also because chefs and designers are now starting from the same point, namely ‘the concept’, as the nodal point that allows the customer to live a total experience. In addition, inner and physical well-being should not be overlooked, which derives not only from a healthy and careful cuisine such as that of chef Lorenzo Cantoni, but also from a healthy environment, where air and health are essential. In fact, I chose to use a particular paint, attentive to clean air and therefore to the person. I used a water-based paint for interiors based on renewable raw materials with packaging made from 100% recycled materials. Thanks to this innovative paint, the formaldehyde accumulated in the indoor air is neutralized “. 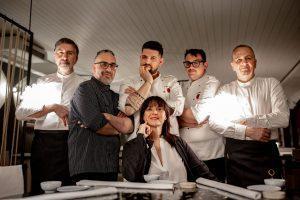